Euskotren manages the Larreineta Cable Car that, with its two stops, has two purposes; firstly, it is a public transport system for the people who live in the area and, secondly, it is a tourist attraction for Trapagaran.

The cable car itself is a tourist attraction given the natural area in which it is located, its peculiar route (1,198 metres), and its horizontal platform, which makes it different from all other cable cars that exist in Europe. In fact, in July 2014, the cable car was declared a Site of Cultural Interest, which grants it a specific degree of protection regarding its preservation.

Originally, in 1926, the Larreineta cable car was designed to transport goods and provide access to the mountainous mining area of La Arboleda. Today, in addition to being an essential mode of public transport for the people living in the area, the cable car is a key element in the tourist offer of Trapagaran. Indeed, the cable car offers stunning views of Abra Bay, the mountainsides, the slag heaps of the former mining activities... And, once it reaches the summit of Larreineta, you can enjoy unparalleled views of Bilbao, the tidal river, the sea, and the hamlets…

La Arboleda is just over one kilometre from the top stop of the cable car (Larreineta) and, half a kilometre further on is the Peñas Negras Interpretation Centre. During a walk along the signposted paths of Peñas Negras, you will come across the remains of ancient mines, which closed more than a quarter of a century ago and have now become spectacular lagoons, such as El Negro and Ostion, surrounded by areas where people can enjoy nature. 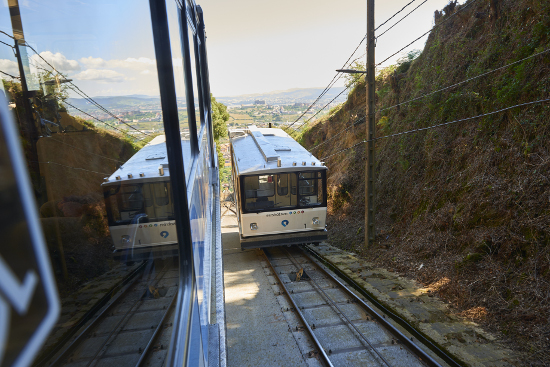